Sometimes you gotta live with it

In a recent conversation, someone said “it’s just something I have to live with”.
I’ve said those words too. And that phase can be hell. Raw and real – regret.

Regret is one emotion that is hard to work through. It has a nasty habit of rolling around our thoughts over and over again, tumbling around as if they were in a washing machine (front loader represents it better I think!)
Regret is probably the biggest onion I know. You can peel off layers and cut through so much, but there’s a tiny little core to it that often says “you should have done better”.
You would have, if you had known

Life doesn’t come with a guidebook. We are all doing our best with what we have.
All we know is what we have learned, our experiences and the information that is available to us at the time. All of this shapes our lens, our view of life, which of course changes as we grow and change with life throwing us more experiences to learn from.
It’s recognizing that this is actually HOW we get better at navigating … this rocky old road, which we call life.

2. Nothing is ever lost

Firstly, I’ll qualify that; nothing is ever lost except when their is loss of life. Loss of life is devastating, and for those touched by loss, regret is only a part of the emotional turmoil. This makes the point even stronger, for anything else that you think is ‘lost’, it’s not really.
Opportunities may be lost, possessions may be lost, but really they are just gone from you, for now. Know that everything can be re-created.

In my own time of regret (mixed with a good dollop of shame and guilt) there were days I wondered about a frontal lobotomy. Not to make light of it, quiet honestly, the cycles of thoughts we hard to deal with. Over and over and over and over again. The same story played around. No sooner had I thought I was ‘done’ with it than it came back.
However, the intensity was fading each time. It just didn’t have the same grip. Working through regret, is letting go piece by piece. It’s just a bit like Lego, pieces turn up where you least expect them.
Eventually, it will work it’s way out of your system. Your mind will move on to something new. This is a sign of progress and that you are ready for the re-build and re-creation to start.

It’s mostly easier to look at what could have been, than accepting what is.
Truthfully, we don’t know IF it would have been. There are no guarantees in life. Allowing life to unfold and just being entirely ok with the new, perhaps not desired conditions, is what is needed.
Making peace with our present conditions is really how we make peace with our past. Peace means just that. Not necessarily super-duper-happy-clappy dancing about it, just making peace. Accepting. Being OK.

Since regret is mostly linked with some undesired event or occurrence, it knocks our trust in life. Trust is a choice. That only you can make. No one can do it for you. No one can make it for you. It’s something that you have to choose to do yourself.
It’s easier when we look to the future and open to new possibilities.You’ll never find it in looking to the past. Trust and regret lie in different places. Face to the future to let go of regret.

Most of all, just know, regret ends. 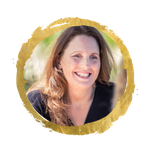